I'm a big Wheel of Time fan, it was the first big fantasy epic I read and—outside of Dresden Files or if you count all of the Cosmere books as one series—the only fantasy series of its length I've ever read. It has a lot of issues and the latter books by Jordan were not good and lost the plot a bit, he did start bringing it back home before his death and Brandon Sanderson helped finish it out well. Wheel of Time got me into fantasy and so I was excited to hear they were trying to make a TV show of it.

They did... okay. Which is a lot better than I expected. The first episode really should have been two episodes to give me more time to establish the characters and world a bit better. Like episode 1 should have ended with the trolloc attack arriving instead of them leaving town. I think the changes to Mat make sense to make him more sympathetic given whath appens in the first book. I still do not understand the Perrin wife thing, doesn't add much, would be better if it just wasn't there I think. The big change I am very unsure about is the mystery around the dragon reborn's identity. It makes Rand's character very flat in the entire season and the introduction of "the dragon could be a woman" really messes with the world.

I understand trying to undo some of the gender essentialism of the series and I think it's an admirable goal, but it just doesn't really work here. The series does a very job of establishing why men channeling is dangerous and why the dragon is dangerous to begin with. It takes a while to really show that and there needed to be more lay people terrified of the though of men channeling to get across why being the dragon would be so terrible. If they went with some of what happens later in the series with some more trangender characters channeling saidin despite being in a female body I could get it, but we see Egwene and Nynaeve channeling saidar throughout the season and it's still playing them up as potential dragons.

Still, I suppose they needed a throughline and The Eye of the World as a book is mostly setup for the world and the plot is a bit disjointed already, making it tough to adapt. I think the first few episodes are a bit weak, but it gets better and better as it goes on before nosediving towards the end, with the finale just being kind of dull and confusing even for me whose read the books. 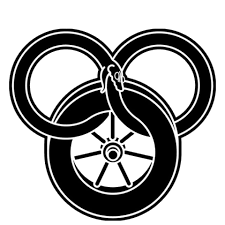 Decided to move my media twitter thread to short media blogposts instead cause sometimes I wanna say more and I feel like it. Going to limit myself to ~250 - ~300 words though.

After 7 years of going through the Yakuza series with my wife, we finally finished Yakuza 6 and thus the Kiryu saga. I went into this one not expecting much because I feel like people had a lot of issues with this one on release, but I really enjoyed it. The focus on fatherhood and families as well as both blood ties and non-blood ties I think was a good note to end Kiryu's story on. I do feel that the choice to end the game on Kiryu's letter to Daigo calling him like a son is a bit unearned given his complete absence from the rest of the plot, but I really enjoyed Kiryu's relationships with the Hiroshima crew.

It is a bit disappointing that we don't get to see hardly any of Daigo, Haruka, Majima or Saejima in the game, because of how the story is structured. The structure of the story in general does fray towards the end as the game feels like it has three endings in a row as they didn't quite weave all of their threads together. Still, I think it was a strong finish and I really loved most of the cast, Beat Takeshi did a great job as Hirose and Nagumo was a great Rikiya 2.0. On to Like a Dragon!