Posts tagged with “War in the Pocket”

War in the Pocket 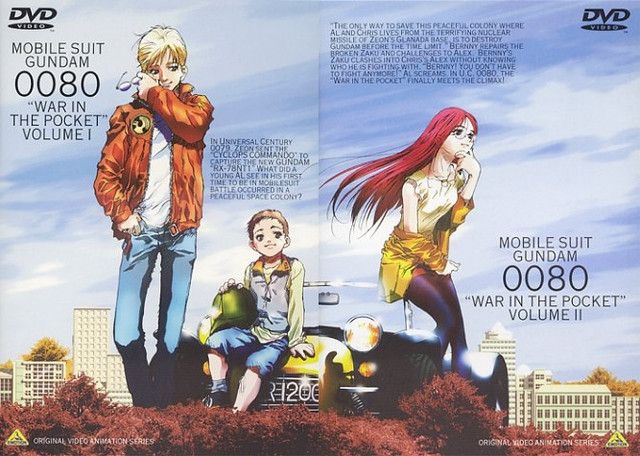 After finishing the original Mobile Suit Gundam anime I decided to go with one of the OVAs that takes place during the events of the original series instead of jumping straight into Zeta Gundam and specifically chose 0080 War in the Pocket. After the first of the very few gundam battles focused heavily on the major devastation that was caused from a mobile suit just being knocked to the ground, I knew this was the right choice. I always knew about the gundam meme. You know, the "cool robot" "war is bad" one, but War in the Pocket would need the meme reversed. 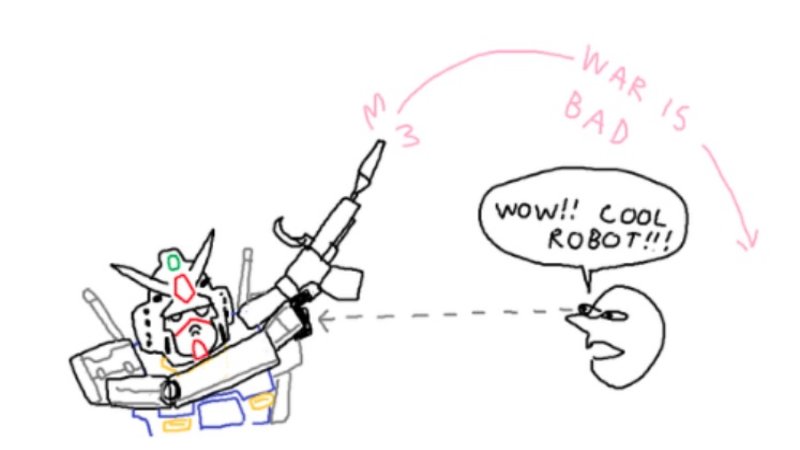 I didn't think Mobile Suit Gundam was particularly subtle in its message, but War in the Pocket could not be more blatant. It's limited nature and attention alllows it to focus a lot more closely on what the war means to civilians. Taking place just before the side 6 episodes of the original Mobile Suit Gundam, familiarity with the series isn't needed to enjoy this. The show explains the important parts: there's a war, the colony is neutral, there's a federation base illegally building a super weapon, the rebels (Zeons) will violate interstellar agreements and nuke the place to stop the weapon if their small strike team can't take it out. The series follows two main protagonists, Bernie — one of the rebels on the strike team — and a boy named Al.

Al starts off the series running around and playing war with his friends excited at the chance to see a mobile suit battle and collect treasure from the battlefield and wreckage. When he meets Bernie after he loses his first real fight as a mobile suit pilot he is enraptured with the thriff of being involved in the war and seeing the fighting up close. As the strike team plans its guerilla attack Al inserts himself in their plans. Al's neighbor Christina who works for the federation gets involved and she and Bernie strike up a somewhat flirty relationship. I do wish Christina got a bit more screentime, but I did really enjoy the relationship between Al and Bernie who quickly become like brothers to eachother as they work together.

As the series progresses, Al's innocent joy in the cool robots and the explosions melt away as he sees more and more of the brutality of war up close. Al is the guy in the famous meme, he's a kid who is entranced by these cool robots, the explosions, the paraphenalia of war. As he sees firsthand the horror of war, people he knows dying before his eyes, his actions helping the war effort continue, he begins to lose his taste for it with later episodes showing him horrified at the site of the shell casings and pieces of bombs his friends collected, no longer interested in joining in their fun.

Gundam was made to sell toys, and boys like Al are the target market for those toys. It critiques war, but it also does have to make it cool otherwise kids wouldn't buy the robots and toy weapons. It's easy to criticize Gundam for glorifying what it claims to critique and it is a very difficult line to draw. War in the Pocket does this very well though. There are two new mobile suits introduced that are variations of the Gundam from the original series and a new, blue Zaku — I do really like that blue Zaku — but they don't get much screentime and it shows the destruction and harm to civilians they cause. And I don't know if it's the much higher budget this series had compared to the original, but they seem to move more stiffly, like they are the large, metal machines they are. That may also have to do with none of the battles taking place in space, just on Side 6 and the fact that humanoid robots make less sense with gravity.

The series isn't too long or too short. Six episodes long, it tells a very poignant story of how war affects everyone and the loss of childhood innocence. There are a couple episodes in particular that really gutted me. The ending in particular will stick with me for a while and cleverly tied back in with the original Mobile Suit Gundam episodes about Side 6. It is without a doubt one of my favorite anime now and I think a good onboarding ramp to Gundam, though it may set the bar a bit too high. I'm only two series in though so I may be surprised the further I go in.

war in the pocket was sad